Skip to content
Davenport and the Quad Cities, IowaJolene Dague

What should I know about Davenport, IA?

Davenport Iowa was founded in 1836 by landowner Antoine Le Claire. He named the city after his friend George Davenport, a former English sailor who served with him in the U.S. Army during the War of 1812. The town is situated on the eastern border of Iowa, on the banks of the Mississippi River. The land on the opposing shore is part of Illinois. According to statistics from the U.S. Census Bureau, Davenport’s population was 101,590 in 2019, making it Iowa’s third-largest city. Davenport is also one of the four towns that comprise the Quad Cities metro area, joined by Rock Island, Moline and East Moline.

Davenport offers some notable indoor and outdoor destinations for visitors. Here’s a sampling of what you will find there. 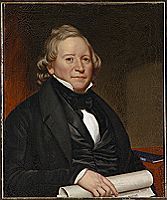